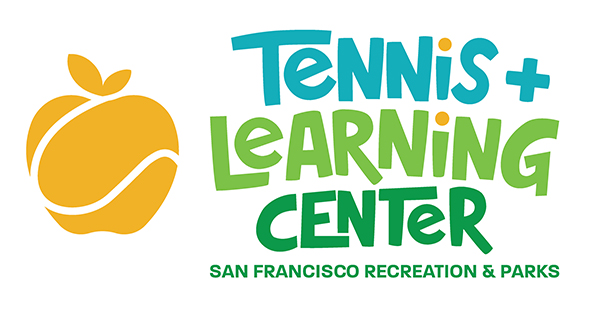 The TLC program operates after school and in the summer at neighborhood recreation centers in the Excelsior, Western Addition, Bayview/Hunters Point and Chinatown neighborhoods. It provides tennis instruction and academic enhancement and tutoring to elementary school children in grades K-5.

Although the program was halted during Shelter in Place, TLC staff continued to support students and families. They hosted Zoom meetings so the kids could see each other and they called families to check in on how they were doing.

“The kids missed their classmates and the directors and staff too,” says TLC program director Channing Hale. “They missed the routine of what they were used to doing. But they really enjoyed those Zoom meetings.”

TLC staff provided assistance to parents as well, offering information on where to get free food and how to fill out forms for services such as pandemic EBT cards. One TLC director even delivered food to families who did not have transportation. Because TLC will not be able to offer a summer program this year, they reached out to families to alert them to their eligibility to apply for RPD summer camps a week earlier than the general population, because they are scholarship recipients.

“We are not physically there, but we want families to know that we can still be there for them,” says Hale.

As for the fall, Hale says they are making plans for different scenarios, including distance learning, and will base the TLC program on whatever SFUSD decides to do. “Everything is up in the air but we will piggyback on SFUSD’s plans and support our TLC families.”