As one of the oldest tennis competitions in America, the San Francisco Open (as it is now called) has been a prestigious star in the constellation of Bay Area adult tennis tournaments.

The tournament was a favorite of local and regional players from the beginning. Several went on to international fame such as Maurice McLoughlin and William Johnston. Later came Art Larsen, Tom Brown and Whitney Reed and women such as Alice Marble, Margaret Osborne (du Pont) and Rosemary Casals.

Before coming to Golden Gate Park, the City Tournament was held across town at the California Tennis Club 1901 - 1929. From 1904 to 1911 the men’s competition used a challenge round, whereby the previous year’s winner sat out to play the winner of the current draw.

In the early days, finals were the best of five sets. But the women changed that in 1910, the year after they became part of the tournament. The men’s event switched to the best of three sets in 1945, the year Tom Brown -- a semi-finalist at Wimbledon the next year -- won the first of his record 13 titles. The baseline perfectionist and star attraction played in 17 finals from1945 to 1970.

The tournament came to Golden Gate Park in 1930, when John Murio won the first of his six titles in his nine finals appearances.

The tournament evolved with the times. It added prize money when Open Tennis was declared in 1968, and adopted the tie-breaker in the 1970’s. Other levels of competition were added, too. Sometimes there were insufficient entries to have an open Women’s draw.

In its heyday, crowds in the hundreds watched the finals and it was common for the Mayor to hand out  trophies. Times change, however, and prize money was eventually eliminated. The tournament moved to Dolores Park in 2019 when the long-anticipated renovation of a modern Golden Gate Park tennis center began. 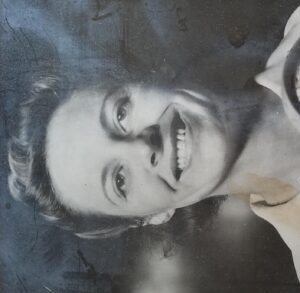 See a complete list of tournament champions and finalists