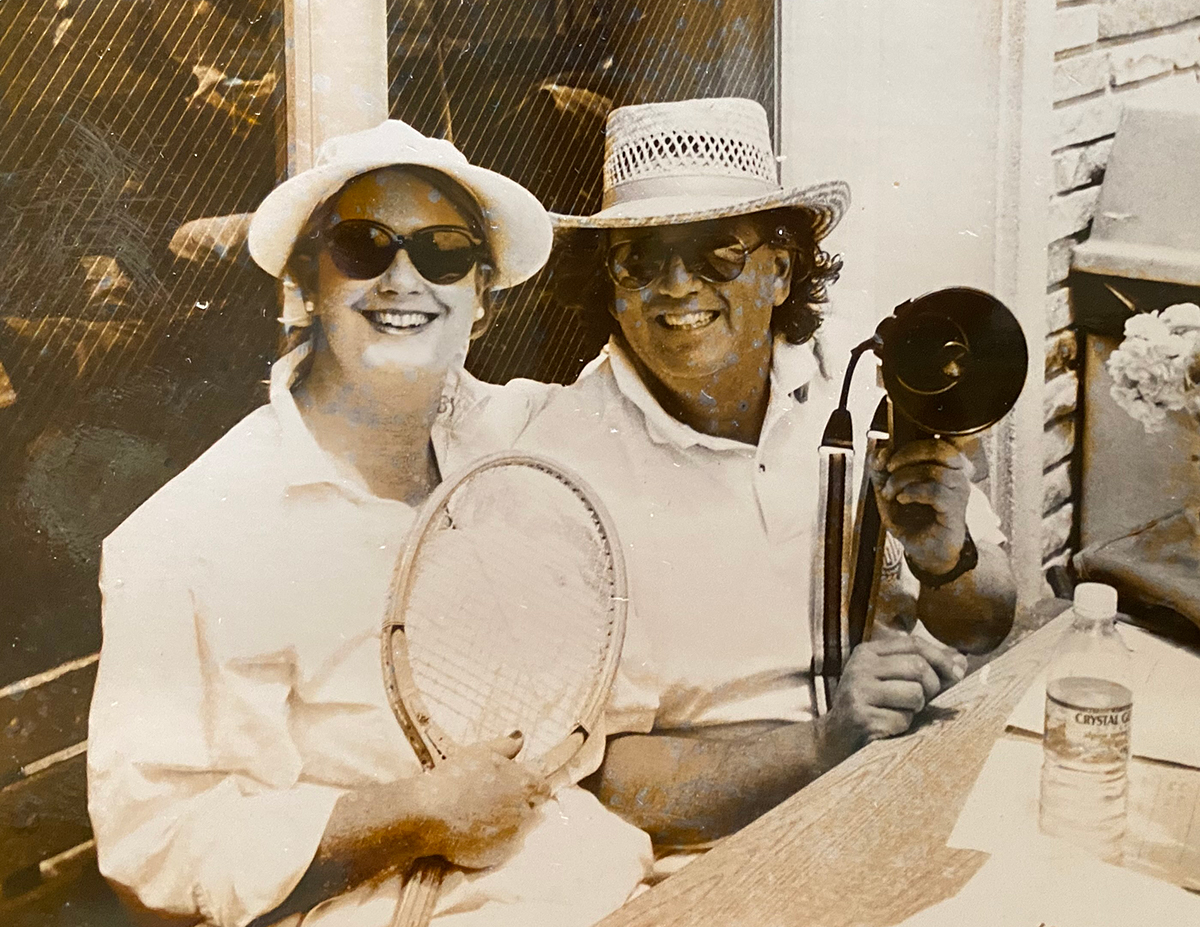 Mary and Mitch at the Woods & White tournament at Golden Gate Park Tennis Center in 1996. Mitch was the Club President and Mary was the Social Director.

When Mary Keil thinks about tennis at Golden Gate Park, she thinks about love. When she was a little kid, she tagged along with her mother who played with the likes of Alice Marble and Margaret Osborne Dupont. As Mary got older, she also played tennis at GGP, hitting the courts with other GGP regulars such as Peanut Louie and Lou Maunupau. She competed in tournaments and was a ranked junior in NorCal.

After high school Mary didn’t play much tennis for a while. She attended UC Berkeley and began a 38-year career at the Environmental Protection Agency. One day a co-worker, George Hays, asked if she wanted to play mixed doubles in the annual club tournament at Golden Gate Park.

Mary thought it would be a great opportunity to get back to tennis and to GGP, so she said yes. And that was the beginning of her love story. She and George made it to the finals of the tournament, where they played against the man who would become her husband -- Mitch Keil.

“It was a close match, but they beat us -- and they had a lot of fun doing it!” remembers Mary.

George invited her to play in another tournament, but he ended up having to drop out. However, he found her another partner -- Mitch.

“I had mixed feelings, given how he acted when we played against him,” says Mary. “But I decided to go ahead and play with him.”

They did well, on and off the court, and began dating soon after the tournament. They were married for 22 years, until Mitch passed away in 2013.

“It was such a love story,” says Mary. “If it weren’t for George getting me to play tennis again, my life would have been so different.”

Mitch was the president of the Golden Gate Tennis Club and Mary became the social secretary. “We’d always have parties and barbecues -- it was very active back then,” she says.

Now Mary wants to give back to the park that has given her so much. Her donation to the Campaign for Golden Gate Park Tennis Center, made in honor of Mitch, will be recognized on a plaque inside the clubhouse.

“It means a great deal to me,” says Mary. “I’m an avid supporter of public tennis courts and of making tennis affordable. And Mitch would be really happy. He would love to see the rebirth of the courts.”