On August 1, 2016 the SF Examiner reported that the proposed Junior Giants Urban Youth Academy at SF State University (SFSU), which would have built baseball facilities on the current site of a 14-court tennis complex,  had been placed on hold. The article stated that after months of planning and analysis, it was decided that the proposed site was not feasible and that SFSU and the Giants Community Fund would search for a new location. 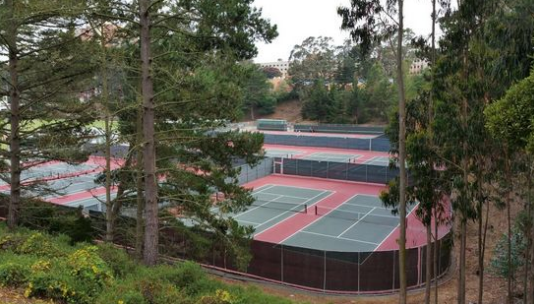 GLTF’s Peg Stevenson, who is also on the Board of the Tennis Coalition, spoke with a Vice President at SFSU after the Examiner article was published who confirmed that the Academy plans were on hold and that the tennis courts were no longer on the table.

“I told him how much the GLTF and other stakeholders of the SFSU courts appreciate this development since the courts are critical to community tennis in the City,” said Stevenson. “But I also told him that we are cognizant of the good purposes represented in the Academy and we hope they can find an appropriate site.”

Tennis in San Francisco seems to be experiencing a bit of a reprieve from recent threats. The SFSU news comes on the heels of last month’s announcement that the the developer of the Bay Club SF Tennis property at Fifth and Brannan Streets had agreed to build 12 indoor tennis courts and invest money in public recreational facilities in San Francisco (see story on Tennis Coalition website).