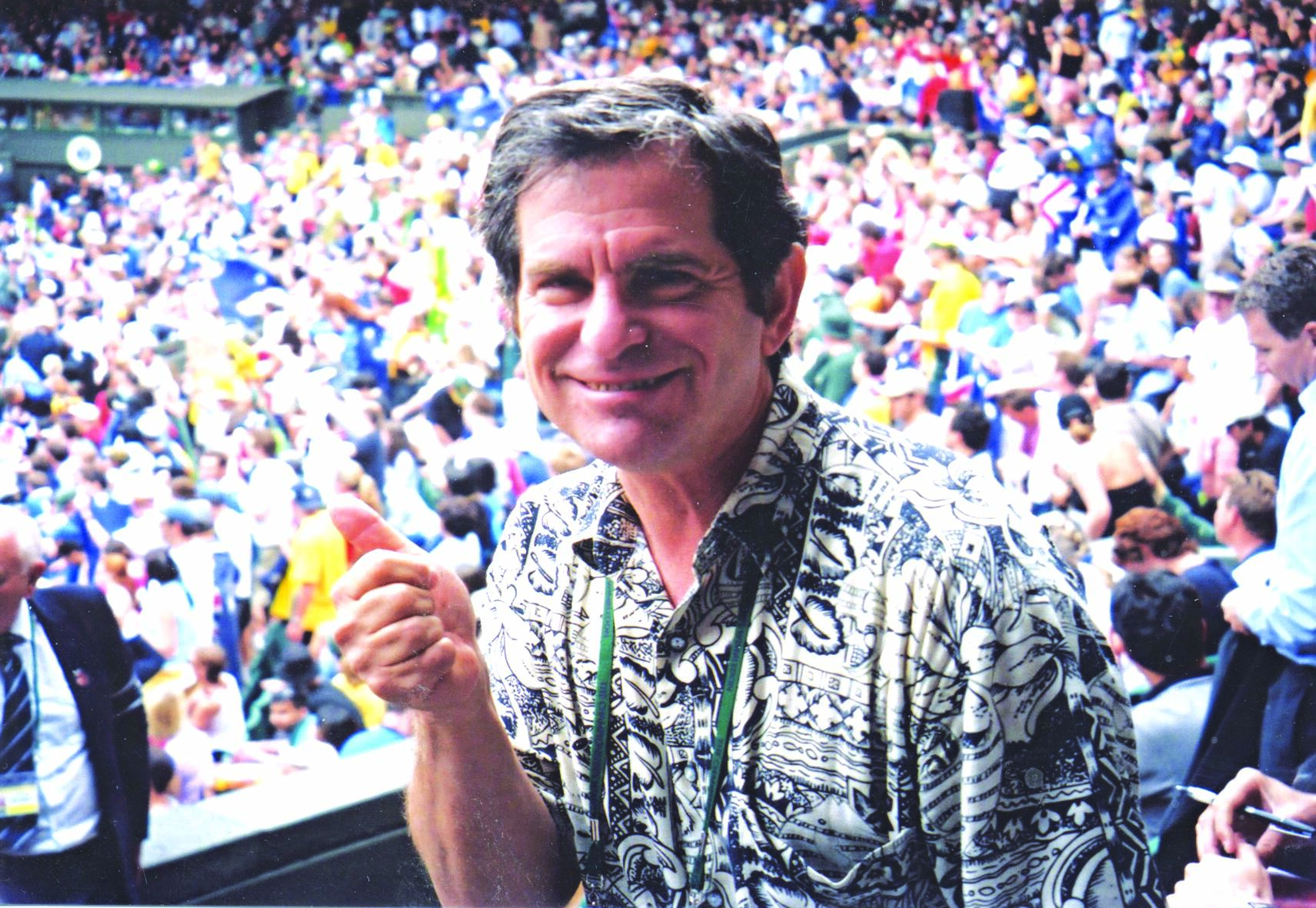 By Bill Simons, Publisher & Editor of Inside Tennis magazine

“An idea that is not dangerous is unworthy of being called an idea at all.” – Oscar Wilde

But I was a boy with an idea. And ideas – well, some ideas – have power. Thirty-nine years ago, before Roger Federer was born and just as Wimbledon insisted that ball girls would never work on Centre Court, I was unemployed, uncertain – and undaunted. I wanted to publish a tennis magazine.

Silly me – I hadn’t gotten the news that the ’70s tennis boom had busted or that there already was a glut of tennis publications. My dream was to create something different: a regional tennis magazine that was both free (thank you very much) and freethinking (how dare I?); a journal that covered the unending intrigue of international tennis without leaving behind the homespun details of the grassroots game. My vision: create a nuanced magazine that would be a fun yet provocative read with plenty of spunk ‘n’ guts, all of which would be wrapped in compelling storytelling. Its voice would be direct – rather blunt one moment, lyrical the next. There would be few politically correct filters. The magazine would explore life through tennis.

Sages snickered, “Forget it – it won’t fly.” In 1980 after the USTA NorCal board voted to work with us, one crusty board member mumbled, “Well, we’ll never see this guy again.” Jake Steinman, the publisher of the well-established City Sports Magazine, informed me that I had “a 98% chance of failing.”

Of course. I was a nobody. My first office was in a cramped garret in Emeryville, CA. My first desk was my creaky kitchen table. My dilapidated Datsun had a dent the size of Denmark. My invitation to play at Wimbledon had mysteriously gotten lost in the mail. I gained gravitas through my specialty, winning tournaments that sounded impressive – until you checked them out. I won the Super Bowl Tennis Classic and the California Open Pro-Am Mixed Doubles championship.

Even back in the Stone Age days before computers, birthing a magazine was for senseless dreamers who didn’t mind dancing with humiliation. I had to stop the presses on the first issue to correct a hefty typo on the cover. But there were triumphs, too. Generous investors stepped up. The USTA NorCal signed on as an ally and I sold the back cover to Adidas for two years (they stayed for nine). Newfound friends like Charlie Hoeveler, Dick Gould, Pete Herb, Barry MacKay and Dick Wright welcomed the new kid on the block.

Yes, I experienced more rejection than a club finalist with a wimpy second serve. But, along with a spunky young staff, I soldiered on. In publishing you need the grit of an infantryman, the perspective of a general, the detachment of a Buddhist monk and the wit of a stand-up.

At our core, we’re storytellers. We love to reveal character, explore nuance and muse on emotions. The tales of the game took us from leafy clubs in Moraga to leaky hockey arenas in Zimbabwe; from cracked courts in Soweto to village lawns in Fiji, packed with gleeful kids. Atop a mountain in Bali we talked tennis with a gap-toothed hermit with a twinkle in his eye. We found ourselves lost in a massive Spanish Olympic stadium with 27,000 Davis Cup fans shrieking for some hunky unknown teen – a kid named Rafa who had thunder in his forehand.

What we know is this: we’re lucky. We’ve published more think pieces then we can think of and we’ve interviewed almost every major figure in the game. Some were bitter. Jimmy Connors told us he was happiest when he was as far away from tennis as possible. In contrast, we’re happiest when we’re as close as possible to the game – whether playing with Andy Roddick’s slobbering bulldog in his Austin riverfront house, hopping behind McEnroe on his mighty motorcycle at his SoHo art gallery, being driven by Boris Becker down a German autobahn in his Mercedes, asking questions of Serena, talking tactics with her coach Patrick Mouratoglou in Wimbledon’s buzzy Tea Room, or engaging Mr. Wonderful – Roger Federer.

Tennis is played from Bali to Brooklyn, under timeless English sunsets, and amidst New York’s frenzy. All the while it showcases saucy Shakespearean twists. Sure, it’s just a game. But with uncanny regularity, it reveals character and reflects life itself – with all its messy delights. For me, it’s the most compelling sport there is. Two quotes come to mind. Steffi Graf said, “Tennis is my life. I have need of the fabulous emotions it gives me.” Artist Ai Weiwei confided, “Expressing oneself is like a drug, I am so addicted.”

The boy who long ago had a simple idea has crafted a 39-year journey of wonder. I have been astounded by the fury of Connors and uplifted by the grace of Federer. I have immersed myself in the poetry of McEnroe volleys and been inspired by the humility of Nadal. Billie Jean has taught me her truths.