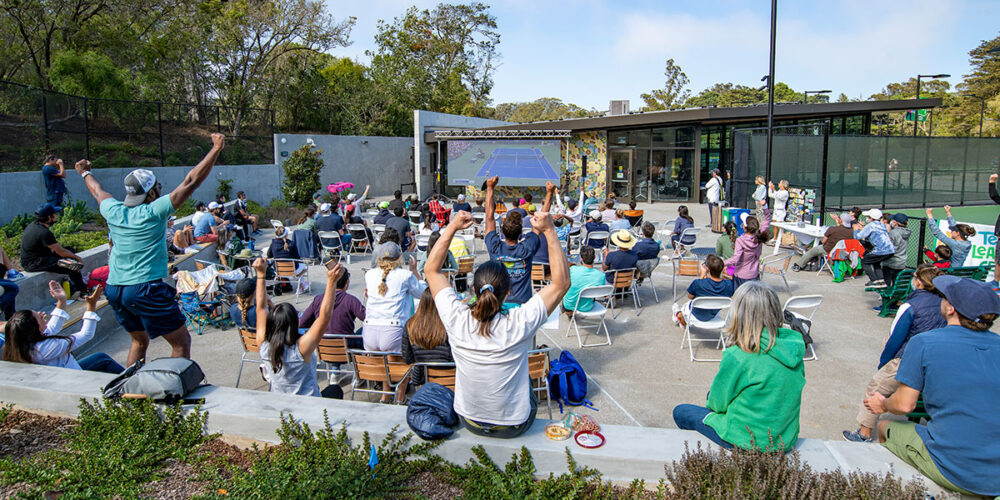 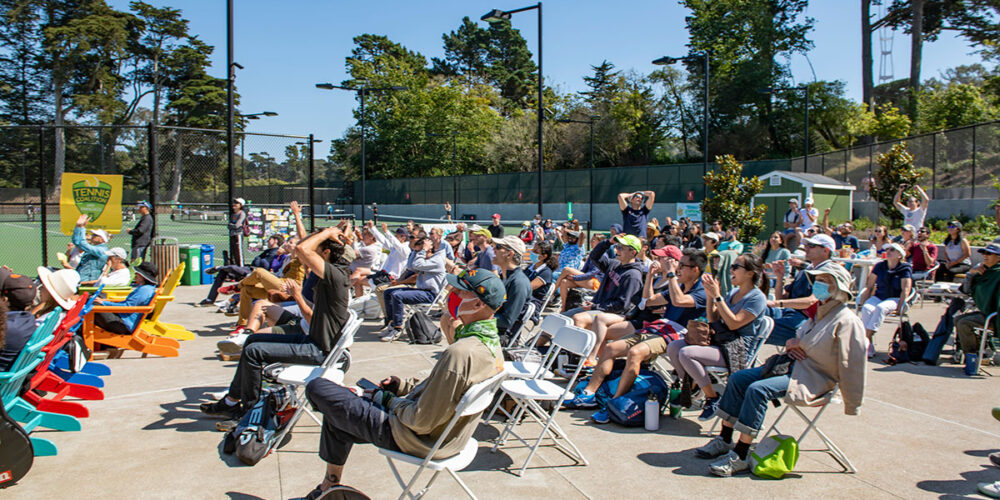 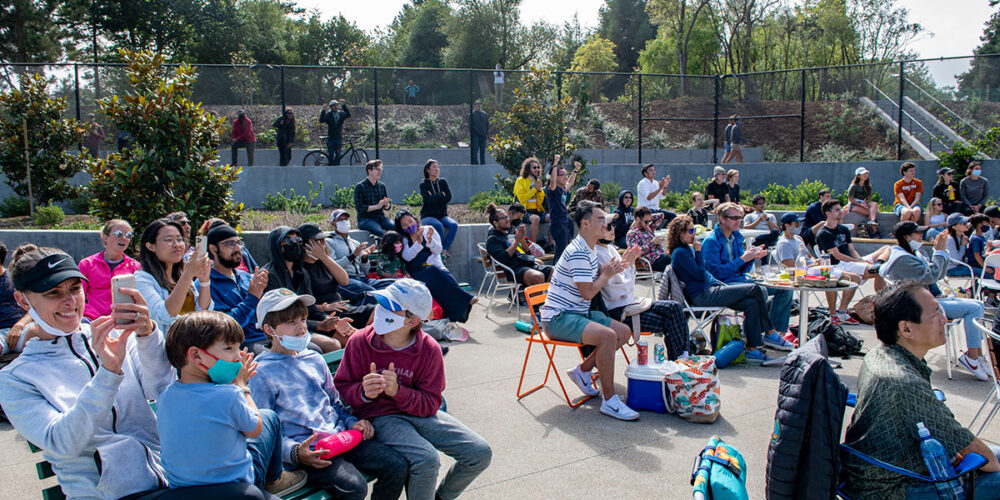 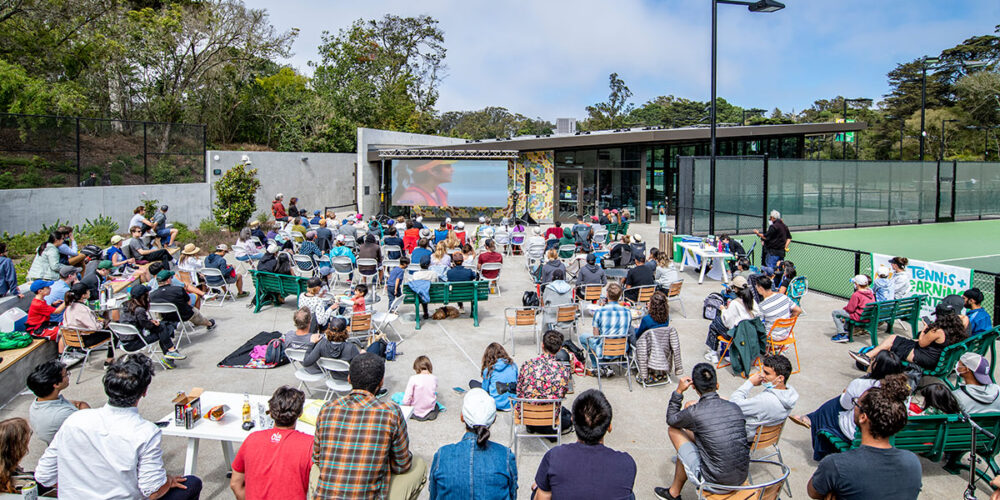 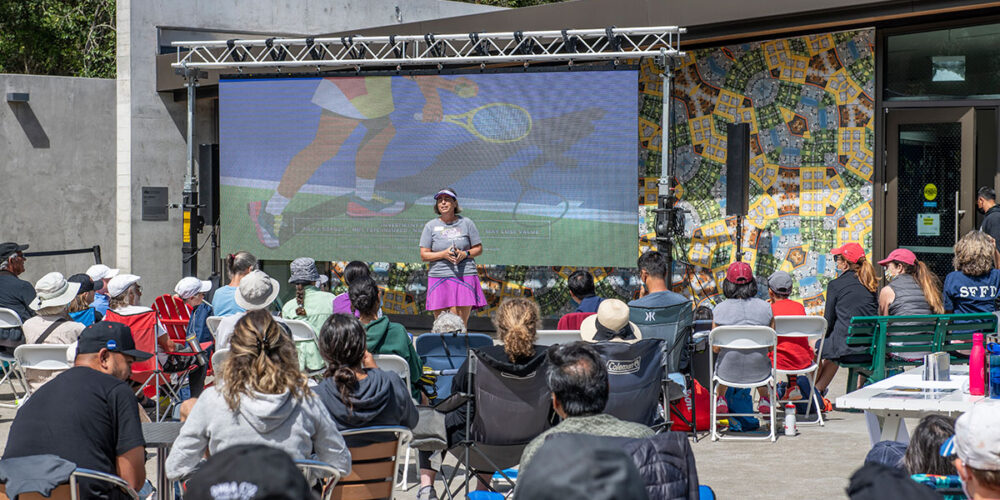 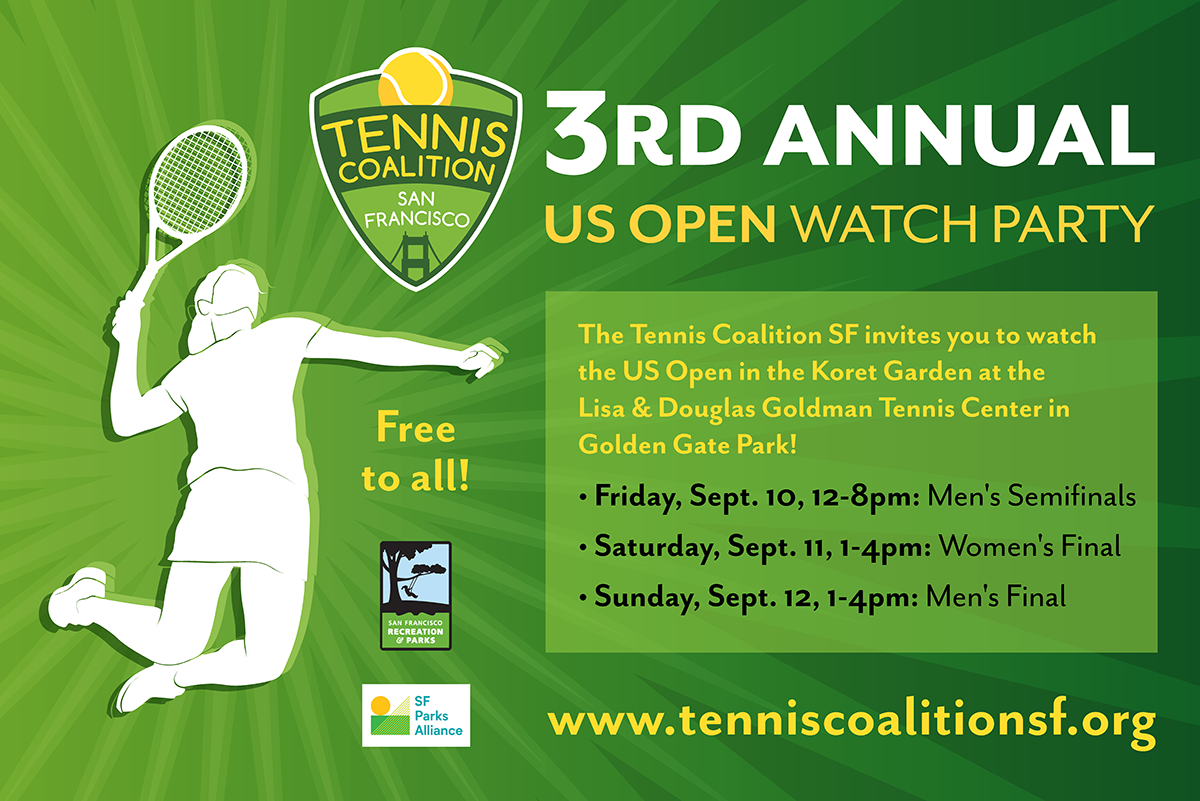 During the weekend of September 10 the Koret Garden in the Lisa & Douglas Goldman Tennis Center was transformed into a viewing party for the US Open championship weekend.

A free community event hosted by the Tennis Coalition SF, the watch party included the men's semi-finals on Friday and two historic finals matches on Saturday (women's) and Sunday (men's).

Tennis fans of all ages cheered on the exciting action as it unfolded live in New York City.

Thanks so much to everyone who attended for making it an unforgettable weekend!