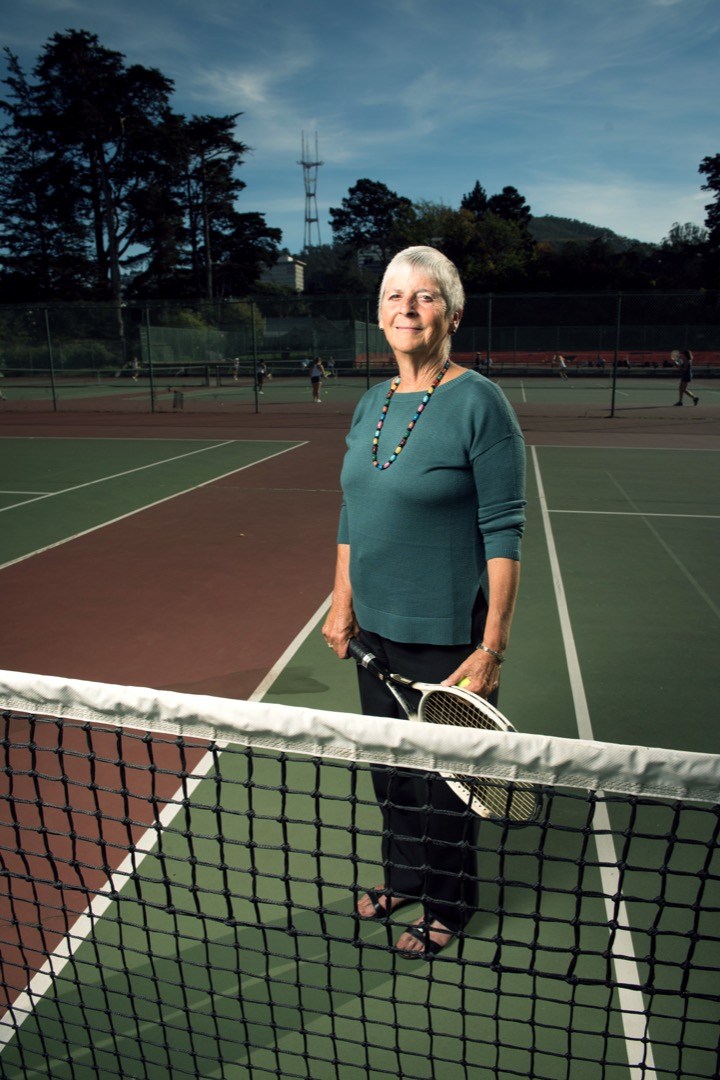 In early December the Nob Hill Gazette published an article about the Golden Gate Park Tennis Center and the community effort to renovate this treasured public resource.

Quoted in the piece was supporter Todd Traina. “I played most of my high school tennis matches at Golden Gate Park," he said. "I’ve always dreamt that we would have a first-class facility out there. Our city needs something like this."

The story also featured Lois Salisbury (pictured above), co-chair of the Tennis Coalition SF, who has played a critical role in bringing this "long-gestating dream into reality." It also acknowledged the contributions of Tad Taube, who through his foundation, Taube Philanthropies, has given the Campaign for GGPTC a $6.5 challenge grant, which doubles all donations.