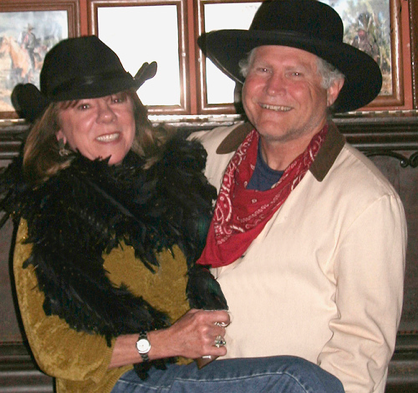 Mel Mashman is a retiree living in San Francisco and Tucson with his lovely wife Deirdre Harrington. He has a Masters Degree in Business – Quantitative Methods from UCLA and has not used anything he was taught for as long as he can remember.

Mel played rugby at Valley State in Northridge (CALSUN) and for the Los Angeles Rugby Club. Years later he played poor tennis working way too hard at being less than mediocre.

In 1971 he convinced Deirdre to go to Europe on a three- to four-months leave of absence and came back eight years later after living in a VW bus all over Europe for 2 ½ years and somehow ended up in Australia for 5 ½ years. Deirdre eventually worked for Qantas and marriage offered free travel.

He spent 19 years in IT at Levi Strauss & Co. as a member of an international team writing business software and was the Acting MIS manager at Levi Strauss Japan for 10 months. He also spent 23 months in Singapore and had various assignments in Mexico, Italy, Australia, Turkey, Brazil and Belgium.

Aside from his few technical accomplishments at Levi he was the Co-Chair of their Community Involvement Team Steering Committee and actively involved with the homeless. After retiring from Levi he was the Program Director for Rebuilding Together SF for three years coordinating volunteer teams renovating low-income senior housing, senior centers and schools.

He and Deirdre took off in an RV around the country for three years with the main objective to see Newfoundland and Alaska and everything in between as a bonus -- Mission Accomplished.

He took up Pickleball based on the advice of friends in 2013 and luckily came across Carolyn Harvey at Golden Gate Park who taught him the game in a couple of hours. As a recovering athlete he was seeking a sport he could be passionate about without spending countless hours beating his old bones into the turf. An odd thing happened. He actually improved as he played and enjoyed the strategy and physical nature of the sport, but also the camaraderie of his fellow pickleballers.

He continues to travel the world with trips planned for New Zealand and Australia in 2018 and is a volunteer photographer in the Bay Area for the National Park Service.

He welcomes all of you to come try the sport of Pickleball and believes you will actually enjoy it along with tennis rather than instead of tennis. A few of you might graduate to become superior players, but all of you will enjoy the making of new friends which unlike the Hokey Pokey is what it’s all about.

To learn more about the sport, Google it and watch some video then come join Mel and the gang on Court #5 (and on Court #18 when GGPTC is renovated!).

1.So, many people may have been hearing about pickleball but have no idea what it is. How would you describe it?

Pickleball is a sport played much like tennis with a ball, a net and oversized ping pong paddle. The plastic ball is similar to a baseball whiffle ball with holes; the net is low like tennis and the court is badminton sized.

Play is all about hand-eye coordination and strategy. Scoring is like volleyball where you must have the serve to score a point. The game goes to 11, but you must win by two points.

The smaller court provides an ideal setting for senior players, but it is also played in many high schools nationwide. People pick up the game quickly especially with a tennis background. It is becoming common for players to be involved in both tennis and pickleball. Pickleball is the fastest growing sport in the nation with over 16,500 courts and over 17,000 players belonging to the USA Pickleball Association (USAPA). In April 2017 over 1300 players competed in the 2nd annual US Open in Naples, Florida.

2.When did pickleball make its way to SF parks and GGPTC?

About four years ago Carolyn Harvey, an avid pickleball guru, worked with SF Rec & Park to advertise a clinic at GGPTC. It started in an unused and undersized area and eventually, due to its popularity, migrated to tennis court #5 where lines for four pickleball courts are now provided. The portable nets are stored in the office and checked out by players who have become official SF Rec & Park volunteers.

3.What level of interest is there in SF and who are the people playing pickleball?

Pickleball in SF is large and growing. There are multiple places to play in the city and the SF Bay Area. We currently play in GG Park from 9:15 am until 12:30 pm on Monday, Wednesday and Friday and Saturday 9 to 1:30. We attract 15 to 30 people although it has recently dropped off due to summer vacations. Since many male and female seniors play, it is not uncommon to have more pickleball players than tennis players at 10:30 am on school days. Our e-mail list has over 115 players.

The player personalities are very welcoming and newcomers feel like they are part of a club in a few visits. There are many levels of play that allow challenge and mentoring.

4.What is your involvement with pickleball?

I have been playing for about four years and am a member of the leadership team of pickleball players at GG Park. I am also a USAPA Ambassador and volunteer to promote the sport via a San Francisco PicklePack page on Facebook with 114 followers and updating GG Park in the Places to Play section of the USAPA.org website.

More importantly I am a player who loves the game and actively encourage people to play. From a social aspect the sport has provided me with new good friends that I would have never met. Not a minor achievement for a retiree.

5.What would you say are the three best things about this funny sounding sport?

1. As a senior I can honestly say this is a great sport to keep your mind and body in shape while making new friends.

2.If you listen to player chatter and laugh, you would think we were not taking the sport seriously – WRONG! We just recognize that there is more to life than to win or lose a game.

3.Seniors significantly improve by playing and practicing. The opportunity for steady improvement simply did not exist in golf or tennis for me.  It is a lot of fun to get better at this sport!

4. (I could not resist adding a 4th point.) Tennis players enjoying Pickleball say that their tennis game has improved with better hand reactions and speed, mobility at the net and by playing more on their toes.