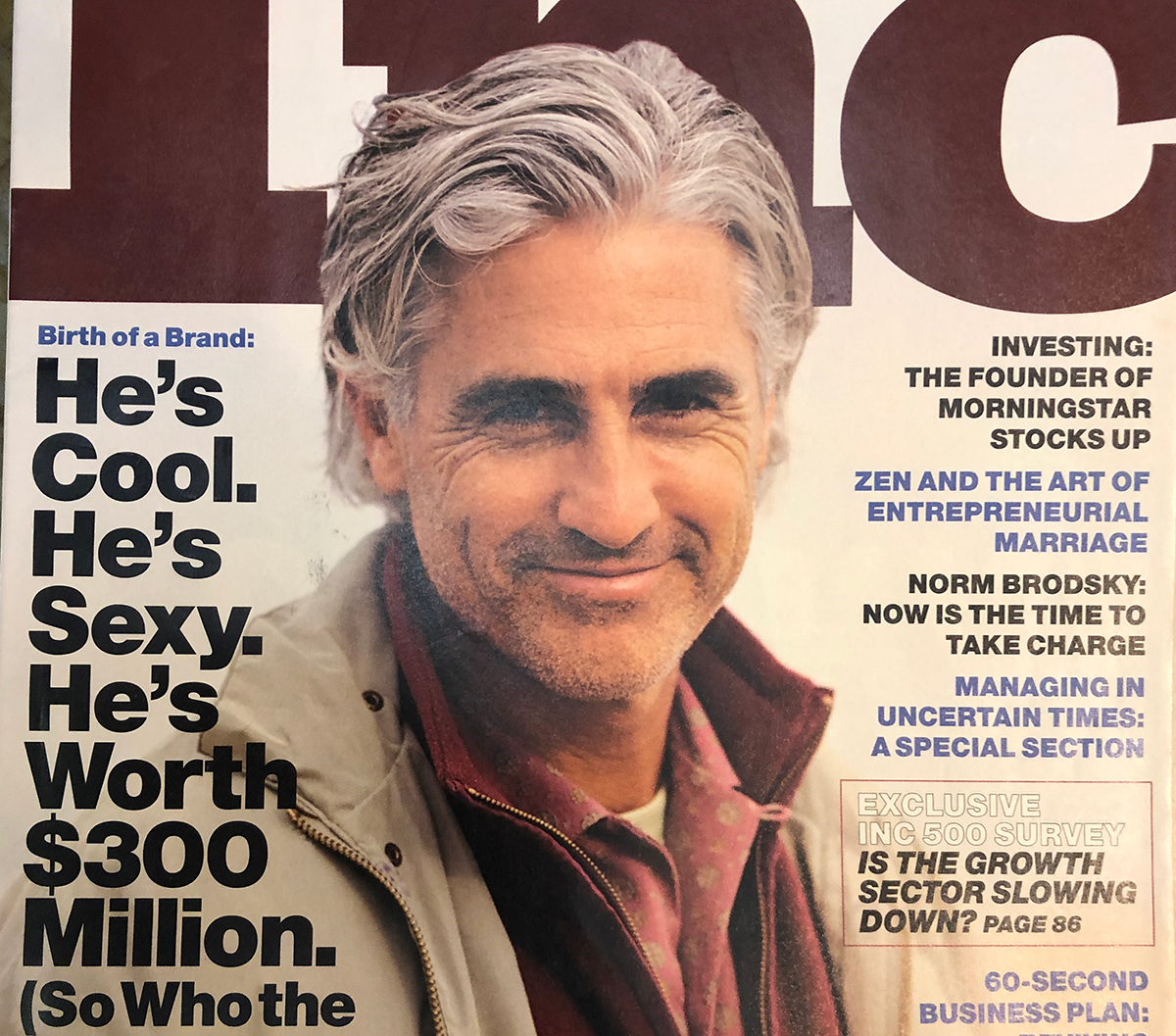 Andy Lucchesi grew up playing tennis at Golden Gate Park. You could say he was born into it. His father Lou, a former baseball player with the San Francisco Seals, was the director of tennis at the park. Andy and his three brothers were all great players and Andy went on to a successful college career, first at Cañada College, where he won the Tennis State Championship in both singles and doubles, and then at USC, where he helped lead the Trojans to an NCAA Tennis Championship and was named to the All-American team.

After college he played on the professional tennis circuit in singles and doubles. When he retired from tennis, Andy became a model, most notably as the face of the Tommy Bahama brand for many years. These days he and his 14-year-old Labrador named Moose split their time between Menlo Park (his mother and brothers all live in the area) and South Lake Tahoe.

1.What are some of your fondest memories of playing tennis at Golden Gate Park?

My brothers and I couldn’t wait to get out of school and get to the park and hit that tennis ball. It was such a great outlet for young energy.

I probably started playing tennis at Golden Gate Park in 1968 or 1969. The Vietnam War was going on and sometimes there were riots at Children’s playground -- there was a lot going on, live music, marijuana smoke and hippies. There was a lot of very entertaining chaos!

2.How did playing at GGP shape your game?

You had to work hard to get a court; it was always crowded. There were high-caliber players there and you could really test your mettle. Peanut Louie (Harper) and her family were always there at the time. Billie Jean would be there sometimes and I saw Rosie Casals and Tom Brown there.

A lot of players were older so I was always asking the older guys to help me and teach me. I think it was Gene Ward who told me that to be a great player I should pick out a guy or two whose games I admired and try to emulate them – to try to establish your own version of that person’s game. I never forgot that. It got embedded in my mind and I started learning quickly with that approach.

I also had coaching from my Cañada coach Rich Anderson [USTA NorCal Hall of Famer who also coached other high-performance players at Golden Gate Park]. I never would have improved quickly enough to get into USC without him. He was the most important tennis influence on me.

3.What were some notable moments in your professional tennis career?

I turned pro right after college – it was sort of automatic that if you go to certain colleges like USC you play the tour. My first ATP tournament was in Japan where I played with another fellow Trojan George Taylor. In 1978 I played in Barry MacKay’s tournament at the Cow Palace, beating three pretty good guys in the qualifying round and then, believe it or not, you had to draw a ticket out of a hat for the main draw, and I pulled Bjorn Borg! I also played in the first US Open at Flushing Meadows that year.

Merv Griffin, who grew up in NorCal, was a great friend of mine. He took me under his wing. He called Pancho Segura and pulled a favor and asked him to coach me for a couple of months down at the La Costa Resort in Carlsbad. He was still coaching Jimmy Connors and a couple other guys at the time.

Peanut and I played at Wimbledon and the US Open and did pretty well. We were in the Guinness record book for playing the longest deciding third set in history! We won the tie breaker 24 to 22. Peanut hit the final winner – a return of serve right up the middle. What a great shot! I tried to play as many mixed doubles with Peanut as I could. Comparatively she was a much better player than me and she could have played with anyone she wanted. She was nice to play with a good ole Golden Gate Park boy!

4.What are some things that might surprise people to know about being a model?

That it’s work! It ain’t easy. In the days I did it people always assumed it was an easy job, with lots of travel all over the world and girls everywhere. People never understood that it is very hard work because you have to do what people tell you, like in any job.

Another thing is that the majority of the time, unless you are a superstar model, you have to audition, and you get rejected 80% of the time. The amount of rejection you have to stomach is very testing.

5.What are you looking forward to at the renovated tennis center in Golden Gate Park?

I would love if the personality that was there before would come back to life, in a modern way, and that an environment is created where there is a lot of excitement -- if it’s the place that younger upcoming players want to be. I would love to get out there and help the younger players, get them fired up and try to get some American players back in the top 10.