Home » News » Fearless Tennis: Give Yourself Permission to Miss

Self-doubt creeps in at the worst moments. That’s what makes it so irritating. Just when we need a dose of confidence the most, we are struck by waves of doubt, indecision, and fear that paralyze us. We shuffle through our Rolodex of possible shots to use on our first break point of the set—hitting a deep crosscourt return, playing aggressively as we have been doing prior to this moment, or adding some extra spin to keep the ball in. Which option to take? 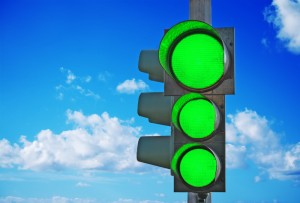 Too often, the answer is relatively simple: Just keep it in. Don’t make any careless errors. Or, for some of us, we decide to do the exact opposite: Go for it but win the point quickly. Either way, the message is similar when self-doubt is running the show—that is, whatever you choose to do, just don’t give it away. Many of us end up choosing the tentative approach. It just feels safer. After all, we think, at least our opponent has a chance of missing, too. The fact is, sometimes we scrape by and win the game—which makes this habit hard to give up—but most of the time we get punished.

Think back to the last tournament or match you played. Did you truly go for your shots? Did you find yourself worried about missing? Did you hit with authority when the score was close or just play it safe? Think about your return of your opponent’s second serve; your approach to this shot can often reflect your mind-set is in these situations. Often, this is a time when you can be aggressive immediately.

Remember, this is a situation you work hard to create from point-to-point from the baseline, so why not take advantage of the short second serve when it is presented to you? Rarely, except at the pro level, is the second serve coming so hard that you can’t occasionally take at least some offense. And if you are fortunate enough to have a weapon, there is no reason why you can’t step up occasionally and dictate this shot immediately, especially if you have strong ground strokes. Why do so few players really go after this shot? I believe it’s because they fear missing and giving up a “free point.”

Players often tell me how much better they play when they commit to playing freely and authoritatively. You can see the difference, especially when they return an out second serve. One player described how he could do the same even on a first serve when he was that relaxed.

When this player just hit away without the tension of keeping the ball in and controlling his shots so much, he would nail the ball perfectly over the net for a winner. One time when we were on the court, I approached the net and asked him how he felt when he hit that out serve. He said, “I just hit it. I wasn’t even thinking. The serve looked like it might be out, so I just swung away. It felt great.”

If you want to maximize your ability as a player and break through the barrier of playing tentatively and second-guessing your shots, you need to be willing to swing freely through the ball without hesitation.

You need to be decisive, and if you don’t feel decisive, begin acting that way. Playing it safe in any form is a recipe for disappointment, frustration, and stagnation. It takes courage to swing through the ball, especially if you aren’t feeling great on a particular day, but you need to trust your ability and go for it—within your skill range. Protecting against errors is the problem, and choosing to move out of this restricted mind-set will help free you up so you can move to the next level. Ultimately, this decisiveness will pay off big dividends in your game and make you feel more fulfilled on and off the court.

Playing in the championship match in northern Germany in 1999, I was down 5–2 in the second set (my outcome would tie or lose the match for our team) when I recognized how my own self-doubt was preventing me from returning serve with any authority and ultimately keeping me from winning the match. In that moment, I made a decision. Instead of chipping and guiding my return of serve, I would step in and commit to hitting through it, regardless of the outcome. In my mind, going for my shots at this point was simply an investment I needed to make. So, with a renewed sense of purpose and commitment, I became a wall and simply threw my weight into the ball with authority. It worked—a winner backhand crosscourt. My confidence meter instantly rose. I did it again and hit an unreturnable forehand—I can still remember it to this day. Needless to say, this new approach won me the set and match.

I tell you this story because it was a turning point for me psychologically when I recognized the power of the mind in overcoming self-doubt on the court. I realized that we don’t need to be victims of periodic doubt and can choose to play with conviction each point. The awareness, commitment, and physical energy I generated from one moment to the next are available to you, too. Next time self-doubt knocks on your door, answer with the decision to swing freely through the ball without hesitation.

Excerpted from Jeff’s book The Best Tennis of Your Life: 50 Mental Strategies for Fearless Performance