Home » News » Fearless Tennis: Don’t get too satisfied after a big win 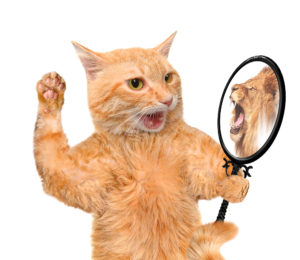 At the 2005 U.S. Open, Giles Muller, ranked number sixty-eight in the world, swept by Andy Roddick, the world’s number-three player. As is so often the case after a big win, Muller’s brief run was stopped dead in its tracks in the very next round. Certainly, it brings to mind the question: How can players keep their winning momentum going, especially after significant wins?

The first obvious trap players face as they move through a tournament is getting overly focused on their tournament results. Once this mind-set kicks in, all kinds of thoughts tend to emerge: Now I can’t afford to lose. I beat a seed. What if I can’t produce the same result tomorrow? My parents/coach/spouse would be so happy if I could win my next match, too.

On the flip side, players may also find themselves getting too satisfied after a good win and lose their intensity for their next match. Often, they celebrate too soon. This attitude is subtle but still deadly. Players aren’t the only ones affected by the euphoria that emerges through winning. Parents, teammates, and coaches can also get sucked in to the “result trap” and get excited too soon. And players pick up on this intensity. Though it is certainly gratifying for players to see the effect their result can have on people around them, it can also distract them from focusing on what will help them win the next day.

How do the best players in the world keep the winning going? The game’s best have learned to maintain a keen focus after winning by paying attention to aspects of the game within their control—their pre-match preparation, post-match recovery period, and well-thought-out strategic plan for their next opponent. While there is always an inner satisfaction and sense of accomplishment after a win, top players understand the importance of staying on an even keel in order to repeat or build up on their last successful performance.

Rather than celebrating too soon or placing unnecessary expectations on themselves, they discuss their strategy and debrief what they did well and what they need to do to improve for the next match. In addition, after a win, top players may have a coach or parent scout their next opponent while they stay out of the sun, hydrate, get a massage, and make sure their equipment is ready for the next day. Simply put, all the pieces that contribute to a winning performance are immediately set in motion. These players quietly cherish their win but don’t have the same need to walk around the tournament to see how many people they’ve impressed.

Next time you pull out a win against a worthy opponent, allow yourself some time to relish the win and experience; then move on. Don’t let the semifinals or finals be enough for you. Keep testing yourself until the tournament is over. Then write down what you learned and get back to the practice court!