Home » News » Fearless Tennis: Be patient with the process 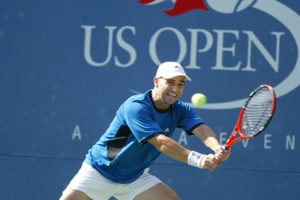 We want results now. It is a challenge for most of us to be patient and allow ourselves time to develop and mature. This rush and belief that our time will run out unless we get “there” now is often counterproductive. It also doesn’t give credence to the fact that you may be a late bloomer and have your best tennis still inside you.

Andre Agassi proved this after his drop to number one hundred thirty-five in the world when he secured the number-one ranking two years later. Or Thomas Muster, unbelievably, after being hit by a car on the side of the highway and going through major physical therapy for over a year and a half, also rose to the number- one ranking in the world.

When the pain of losing or a style of play eats away at you long enough, it becomes almost impossible not to change. Deep down, you know you can play better. You know you are capable of more. To tap this ability, commit to the process and be patient with yourself. Nothing happens overnight. Positive change takes time.

I made my own mistakes by rushing and forcing results and not building my game. Back in 1990, when I was playing the pro tour, I was impatient to gather ATP points. Th e late Tim Gullikson, a salt-of-the-earth guy and fantastic coach, told me during one of our practice sessions to take six months off from competing so he could revamp my game. While I had made enormous strides in just a few days with him, my impatience to improve my ranking and get on with it took hold of me. I didn’t take him up on his offer. I believe my short-term view cost me considerable success at the time. This impatience can wreak havoc on our games in so many ways—forcing us to abandon a style of game in matches that would be best in the long run, spending too much time on parts of our games that won’t yield maximum results, frustration with the win-loss record, and a lack of focus on developing our games.

Become aware of your patterns and be honest about your true mind-set. Enjoy the process of building your game. Take joy in your accomplishments and use your wins and losses as stepping stones. Hit the ball with renewed freedom as you allow the wins to simply emerge.