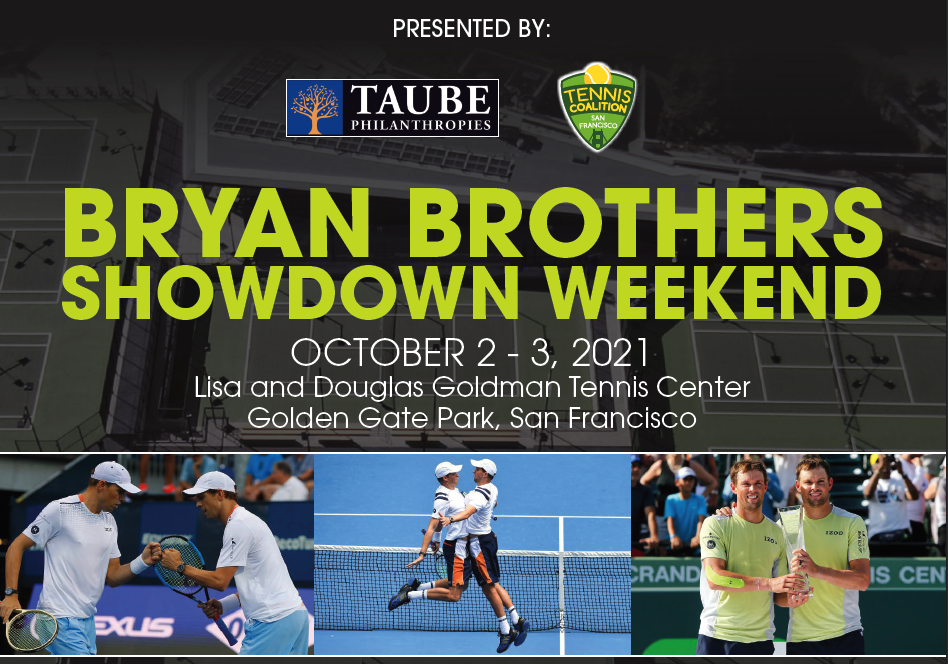 Proceeds will benefit the Tennis Coalition San Francisco, which led the campaign to renovate the Goldman Tennis Center in Golden Gate Park and today provides philanthropic and volunteer support to SF Rec and Park's Tennis and Learning Center program and works to create equitable access to GTC for all San Francisco youth and families. 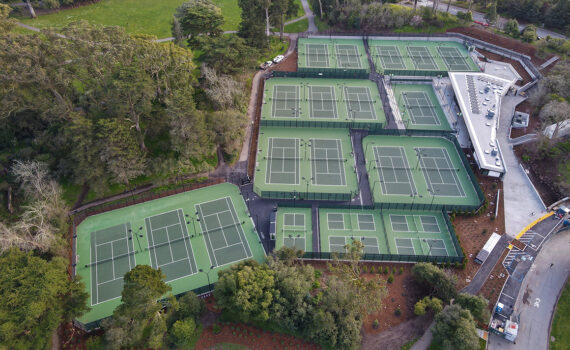 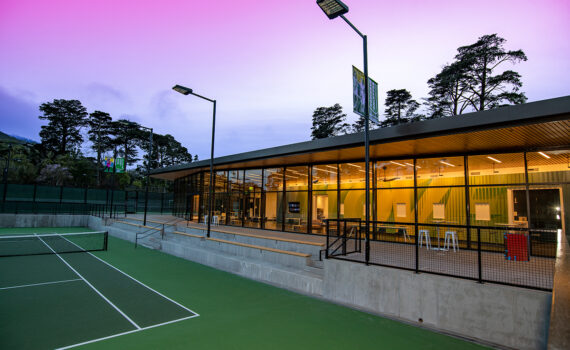 Join us for one, two or all three of the Bryan Brothers Showdown Weekend activities and create lasting tennis memories.  Be a part of clinics and chalk talks, enjoy Breakfast at Wimbledon, compete for the opportunity to play the Brothers, or dance the night away with the Bryan Brothers Band.

A free Community Clinic for youth will take place on Saturday, October 2nd from 8:30 to 9:30 am and will feature Mike, Bob and Wayne Bryan. Hear from the all-time greatest doubles duo, see them in action on court and you may get a chance to hit with one of the Brothers!

No cost and open to everyone 18 and under! 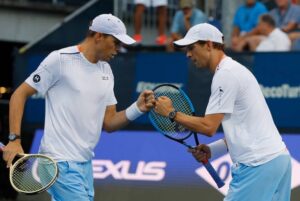 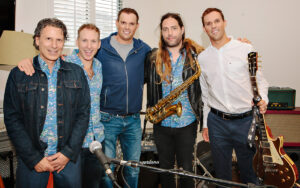 ROCKIN' WITH THE BRYAN BROTHERS

Don't miss an unforgettable evening of food, drink and music featuring the Bryan Brothers Band.  This event, held at the new Lisa & Douglas Goldman Tennis Center in Golden Gate Park, will have you celebrating, mingling with old and new friends, and dancing! 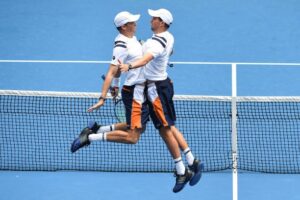 Play with the Bryan Brothers while supporting a good cause!

Take advantage of these premium packages for the Bryan Brothers Showdown Weekend to maximize your fun while also providing support to the Tennis Coalition San Francisco!

Born three minutes apart on April 29, 1978, Bob and Mike have been in sync ever since, on and off the court.  Their success is the result of a combination of hard work, mutual respect, and passion for tennis.  Mike and Bob are considered the most successful duo of all time, starting out as junior players in Southern California, coached by their Mom and Dad, Kathy and Wayne Bryan.  Mike and Bob played at Stanford University under Coach Dick Gould where they were NCAA doubles champions and helped the Cardinals win back-to-back NCAA Championships.

The Bryans have won multiple Olympic medals, including the gold in 2012 and have won more professional games, matches, tournaments and Grand Slams than any other men's pairing. They held the World No. 1 doubles ranking jointly for 438 weeks (Mike has been ranked Men's Doubles World No. 1 for a total of 506 weeks), which is longer than anyone else in doubles history, and have also enjoyed that World No. 1 ranking together for a record 139 consecutive weeks. They have finished as the ATP year-end number 1 doubles team a record 10 times. Between 2005 and 2006, they set an Open Era record by competing in seven consecutive men's doubles Grand Slam finals.

The brothers were named ATP Team of the Decade for 2000–2009 and became the second men's doubles team to complete the career Golden Slam at the 2012 Summer Olympics in London.

They are also well known for celebrating winning points by chest-bumping each other. Some of their success is attributed to their particular brand of twinship: the Bryans are "mirror twins", where one is right-handed (Mike) and the other left-handed (Bob).

While the Brothers retired in 2020, they haven’t stopped supporting tennis throughout the country and playing gigs (pre-COVID) with their band, featuring Mike on lead guitar and drums and Bob on keyboard and keyboard bass.  The Band jams at tour stops, clubs and charity events as they travel around the world.  They released their debut album “Let it Rip” in 2009.  Songs on the CD featured guest performances by Novak Djokovic and Andy Murray.

The Brothers also have their own 501c3, The Bryan Bros. Foundation, dedicated to helping support and grow dreams of children in Ventura and Santa Barbara Counties and in Southern California and across the US and around the world.