This February, for the first time in more than 20 years, San Francisco will play host to an ATP tournament. The Kunal Patel SF (KPSF) Open will be held at the Bay Club SF Tennis on Feb. 6-12 with world-class singles and doubles matches and lots of activities for tennis enthusiasts of all ages.

With a prize money of $100,000, the KPSF Open is attracting top-200 players (and some inside the top 100 ATP rankings) from around the world. “With a 32-player singles draw and 16-team doubles draw, the intimate atmosphere makes it ideal for fans to get close to their favorite players and to share in a unique tennis experience,” says tournament director Ross Wisser.

In 2016, in its first year, KPSF was an independent $15,000 tournament. It was conceived by Mukesh, Harsha, and Monique Patel, parents, and sister of Kunal Patel, an active member of the Bay Club SF Tennis, who died in a bicycle accident in 2014. As it says on the KPSF website, the tournament was created “in honor of his love for life and passion for tennis. Kunal’s exuberant life was tragically cut short on October 23, 2014 at the age of 27. Only a week later, Kunal was to depart for London with his friends to watch the ATP World Tour Finals.” 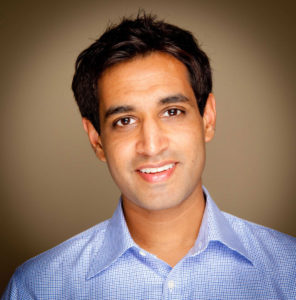 The 2017 KPSF Challenger tournament will feature nine American players, including Taylor Fritz, a California native who went pro two years ago at only 17 years old. In 2016, he reached a singles ranking of 53.

Canadian Vasek Pospisil, who has been ranked in the top 25 in the world in singles and number 4 in doubles, will also be competing. Pospisil won the ATP World Tour tournament at Indian Wells in 2015 and the Wimbledon men’s doubles championship in 2014 with his doubles partner, Jack Sock.

The 32 player Main Singles Draw will be preceded by a 32-player qualifying draw on February 4 & 5.

In addition to professional matches, many special events will be held, including:

Tickets are available for $15 (including Championship Sunday) at www.kpsfopen.com

Hospitality Zone tickets, which include complimentary food and an open bar during Feature Matches can be purchased by contacting Ross Wisser at ross.wisser@bayclubs.com.

Premium and Luxury Box tickets, a portion of the proceeds benefit Youth Tennis Advantage, can be purchased here.